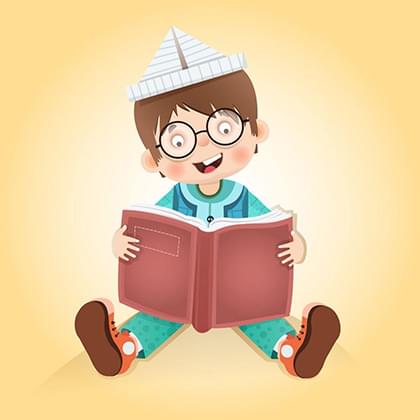 One daya little monkey is playing by the well.He looks in the well and shouts :“Oh!My god!The moon has fallen into the well!”

An older monkeys runs over takes a lookand says“Goodness me!The moon is really in the water!”

And olderly monkey comes over.

He is very surprised as well and cries out:“The moon is in the well.”

A group of monkeys run over to the well .

They look at the moon in the well and shout:“The moon did fall into the well!Come on!Let’get it out!”

Thenthe oldest monkey hangs on the tree up side down with his feet on the branch .

And he pulls the next monkey’s feet with his hands.All the other monkeys follow his suit And they join each other one by one down to the moon in the well.

He yells excitedly “Don’t be so foolish!The moon is still in the sky!”

【第二篇：狮子和野猪】The Lion And The Boar

One hot and thirsty day in the height of summer a Lion a Boar came down to a little spring at the same moment to drink. In a trice they were quarrelling as to who should drink first. The quarrel soon became a fight and they attacked one another with the utmost fury. Presently stopping for a moment to take breath they saw xiaogushi8.com some vultures seated on a rock above evidently waiting for one of them to be killed when they would fly down and feed upon the carcase. The sight sobered them at once and they made up their quarrel saying “We had much better be friends than fight and be eaten by vultures.”

【第三篇：狗占牛槽】The dog in the manger

A Dog was lying in a Manger on the hay which had been put there for the cattle and when they came and tried to eat he growled and snapped at them and wouldn’t let them get at their food. “What a selfish beast” xiaogushi8.com said one of them to his companions; “he can’t eat himself and yet he won’t let those eat who can.”

【第四篇：农夫和苹果树】The peasant and the apple-tree

A Peasant had an Apple-tree growing in his garden which bore no fruit but merely served to provide a shelter from the heat for the sparrows and grasshoppers which sat and chirped in its branches. Disappointed at its barrenness he determined to cut it sparrows and the grasshoppers saw what he was about to do they begged him to spare it www.xiaogushi8.com and said to him “If you destroy the tree we shall have to seek shelter elsewhere and you will no longer have our merry chirping to enliven your work in the garden.” He however refused to listen to them and set to work with a will to inside and contained a swarm of bees and a large store of honey. Delighted with his find he threw down his axe saying “The old tree is worth keeping after all.”

A hungry Fox found in a hollow tree a quantity of bread and meat which some shepherds had placed there against their return. Delighted with his find he slipped in through the narrow aperture and greedily devoured it all. But when he tried to get out again he found himself so swollen after his big meal that he could not squeeze through the hole and fell to whining and groaning over his misfortune. Another Fox happening to pass that way came and asked him what the matter was; and on learning the state of the case said “Well my friend I see nothing for it but for you to stay where you are till you shrink to your former size; you’ll get out then easily enough.”

Good Friends One day a monkey rides his bike near the river. This time he sees a lion under a tree. The lion runs at him. He is afraid and falls into the river. He can’t swim. He shouts. The rabbit hears him. He jumps into the river. The rabbit swims to the monkey but he can’t help him. Luckily an elephant comes along. He is very strong. He helps the rabbit and monkey. Three friends are very happy. They go to the elephant’s home. Then three of them become good friends.
一只猴子在河边骑车。这时他看见树下有一只狮子，狮子向他跑来。他非常的害怕，掉进河里。他不会游泳，大叫起来。兔子听见了，跳进水里，但他却没有办法救猴子。幸运的是，一只大象过来了。大象非常强壮，救出了兔子和猴子。他们来到大象的家，在那里吃了一顿大餐。从此他们成了好朋友。

Rose wanted a job when she was seventeen. It was not difficult to find a job then in the country. One day Rose was looking for a job. She went to many offices but she didn't like any of them. When she went into one of the offices she saw a board: This office needs a typist. Rose was excited. She went to the manager's office. The manager was writing something . Rose knocked at the door. The manager raised his head: " Do you need a typist?" asked Rose. "Yes!" the manager said. Rose jumped up and clapped her hands. She couldn't help saying: " ok! I will take this job. How much will you pay me?" The manager thought for a few seconds and said: "I will pay you twenty-seven dollars in the first three months. Then I will pay you thirty dollars." Rose smiled and answered: "Great I will come and work here three months later ." The manager frowned and he was speechless.

A little girl and her father went to the beach. They saw a dead fish on the sand. The girl asked her father "Dad what happened to the fish " Her father told her "Oh the fish died and went to heaven." Then the girl asked "Did! God throw him back down "

It is very hot and wet today and is called sauna weather. During my mom did the cooking in the kitchen I saw her head was sweaty.I told her I could help her and she accepted. After cookingwe were all sweaty .However mum and I all felt happy. She said I was growing up and became her good assistant.

Good Boy Little Robert asked his mother for two cents. "What did you do with the money I gave you yesterday?" "I gave it to a poor old woman" he answered. "You're a good boy" said the mother proudly. "Here are two cents more. But why are you so interested in the old woman?" "She is the one who sells the candy." 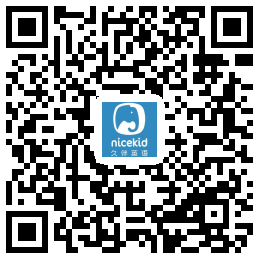